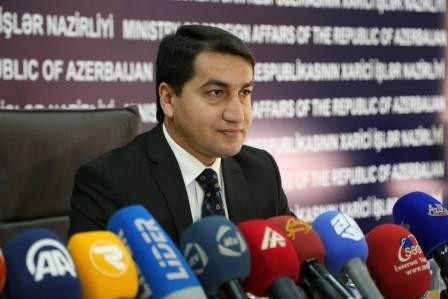 Azerbaijani Ministry of Foreign Affairs (MFA) has sent a note to the Russian MFA in regard with the information spread on media about entering into force of the credit agreement in the cost of 200 million USD on February 10, 2016, which considers purchase of weapons and military equipment for Armenia by Russia.

Providing Armenia with such offensive weapons and technique is met with strict negative reaction by Azerbaijani community. In accordance with end-user certificate, Azerbaijani side expects guarantee of the exporting party regarding not placing these weapons and military technique in the territories of Azerbaijan occupied by Armenia as well as on Armenian-Azerbaijani border', H.Hajiyev stressed.

Extensive disinfection will be carried out in Baku