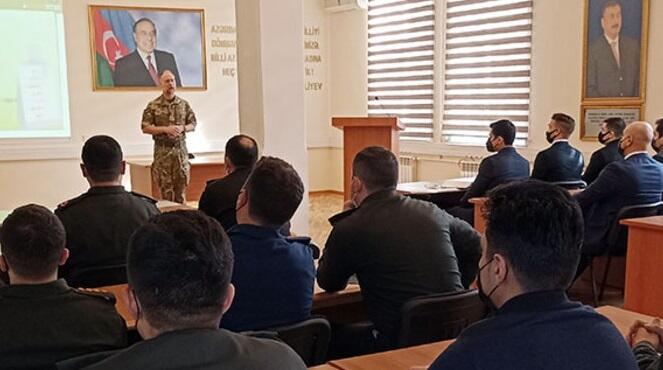 Axar.az reports citing MoD it was noted that the audience was presented to the audience in various fields of NATO's media and public activities. The exchange of views on the subject was carried out and practical group exercises were performed.

Finally, certificates were presented to the audience.