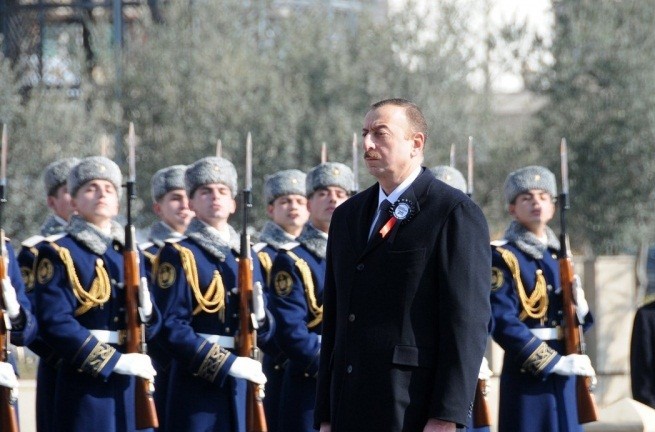 President of Azerbaijan Ilham Aliyev visited Khojaly monument erected in Baku in memory of the victims of Khojaly genocide.

Azerbaijani President laid a wreath at the monument and paid tribute to the victims of genocide.


Azerbaijani government and state officials, MPs, ministers, chiefs of committees and companies, heads of religious communities, as well as survivors of Khojaly massacre attended the event.

They laid roses and carnations at the monument.