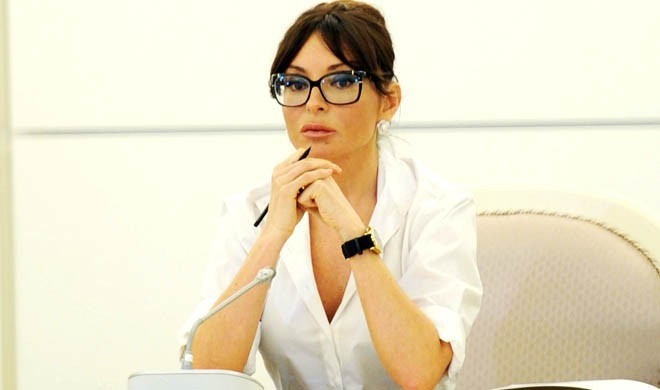 Today was held a presentation ceremony of 'Person of 2015' award by the ANS Group of Companies and National Hero Chingiz Mustafayev Foundation to Mehriban Aliyeva, President of Heydar Aliyev Foundation, MP of Azerbaijani Parliament (Milli Majlis), Goodwill Ambassador of UNESCO and ISESCO.

It was mentioned that Mehriban Aliyeva has been awarded 'Person of 2015' for role of exceptional importance in organization and holding of 'Bakı-2015' First European Games at high level, large-scale activity for recognizing the positive image of Azerbaijan in the world, works carried out in the direction of promotion of national culture, contribution to development of multicultural environment in our country as well as for sustainable charitable activity.

Then video on activity of President of Heydar Aliyev Foundation Mehriban Aliyeva, which has been produced by the ANS Group of Companies, has been shown.

President of ANS Group of Companies Vahid Mustafayev has presented diploma and prize money of 'Person of 2015' award to President of Heydar Aliyev Foundation Mehriban Aliyeva.

Notably, presented prize money will be transferred to the account of the Rehabilitation Centre for Children with Down Syndrome in Baku, which has been built by the initiative of Heydar Aliyev Foundation.