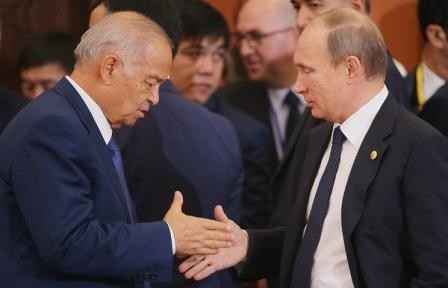 The mass media reports this night on the alleged death of Uzbekistan’s President Islam Karimov have not been confirmed and the Kremlin knows only that the Uzbek leader is ill, Russian presidential spokesman Dmitry Peskov told reporters on Tuesday.

Peskov added that "it would be wrong for the Kremlin to give any details on the health condition of Uzbekistan’s head of state."

On August 28, the Cabinet of Ministers of Uzbekistan said that the head of state Islam Karimov was placed on inpatient care to undergo full medical examination. On Monday, the Uzbekistani president’s youngest daughter, Lola Karimova-Tillyayeva wrote on her Instagram page that her father suffered a brain hemorrhage, he was placed in an intensive care unit, and his condition is stable: "In order to avoid misunderstandings, I want to tell you about the sad events that took place in our family with my father over the weekend. Due to cerebral hemorrhage, which happened on Saturday morning, he was taken to hospital and is in an intensive care unit. His condition is stable."