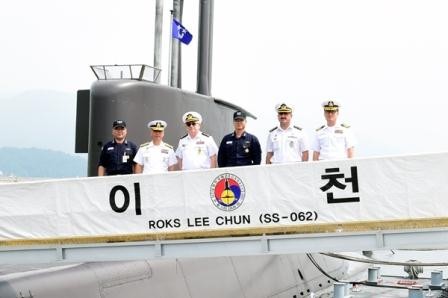 The delegation led by Commander of Azerbaijan’s Naval Forces has paid a working visit to South Korea.

The visit took place at the invitation of Commander-in-Chief of the South Korean Navy.


Acting Commander of the Azerbaijani Naval Forces, first-degree captain Hijran Rustamzade met with the Commander-in-Chief of the South Korean Navy.

The sides discussed cooperation between the navies of the two countries and a number of issues of mutual interest, stressing the importance of exchange of experience.

Rustamzade visited the shipbuilding yard of the South Korean National Academy and other military facilities.