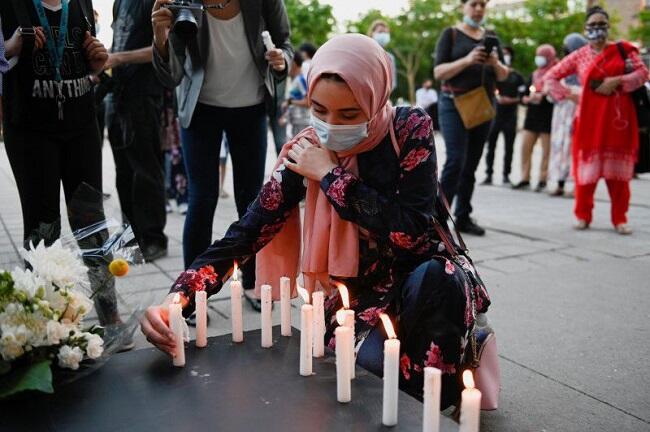 Thousands of people marched on Friday in support of a Canadian Muslim family run over and killed by a man driving a pick-up truck last Sunday in an attack the police described as a hate crime.

Axar.az reports citing foreign media that the four victims, spanning three generations, were killed when Nathaniel Veltman, 20, ran into them while they were out for an evening walk near their home. A fifth family member, a 9-year-old boy, survived. read more

People in London, Ontario marched about 7 kilometres (4.4 miles) from the spot where the family was struck down to a nearby mosque, the site close to where Veltman was arrested by police.