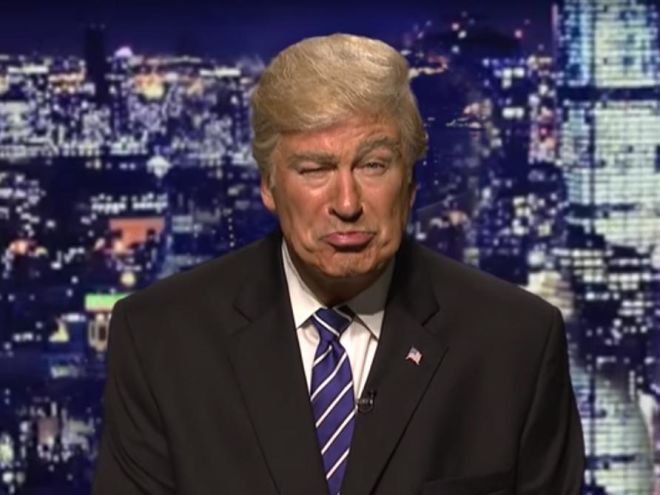 'Election is over. There is no more equal time'.

Donald Trump absolutely detests this season of Saturday Night Live. Before becoming President-elect of the United States, he used Twitter to call for the show to be retired, adding that Alec Baldwin’s impersonation ‘stinks’.

Many people were quick to point out the irony of Trump’s statement: during his Presidential campaign, he hosted the show.

Following Baldwin’s first post-election result show, Trump once again took issue with the comedy show, labeling it “totally one-sided” and “biased” while saying it offers “nothing funny at all.”

The actor has since responded on the social media platform, arguing how - since the election is over - there is no side to take. Balwin wrote: "Equal time? Election is over. There is no more equal time. Now you try to be President and people respond. That's pretty much it.”

Baldwin then addressed how he would run the country if he was President, voicing his anger at Trump’s appointed cabinet, writing: “I would make appointments that encouraged people, not generate fear and doubt.”

During the course of the Saturday Night Live show that angered Trump, Baldwin made fun of Trump’s cabinet appointments, his meeting with Mitt Romney, and Mike Pence being booed at a showing of Hamilton.

Meanwhile, the real Donald Trump recently accused the cast of Hamilton of harassing Pence after they made a diversity plea to the VP-elect. During the following night’s performance, one of the President-elect’s supporters interrupted one song, shouting abuse at the cast.