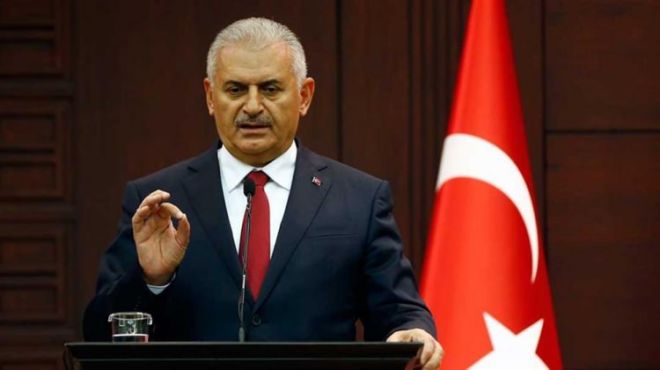 The refugee crisis is a "global issue" and to solve it we need greater cooperation among all international powers, Prime Minister Binali Yıldırım said on Saturday.

Axar.az reports that, when asked about U.S. President Donald Trump's recent visa ban against seven Muslim-majority countries during a news conference with British PM Theresa May in Ankara, Yıldırım said the refugee crisis cannot be resolved by building higher walls, reminding that there are currently over 55 million refugees in the world, a number higher than the population of 150 countries.

Yıldırım said Turkey's allies need to provide more support to and share the refugee burden with the country.

On cooperation, Yıldırım said the UK and Turkey will increase their cooperation in trade and security as he and May agreed that the two countries' security officials work together to ensure the safety of their airports.

He added that the officials from both countries will start to work on a roadmap to sign a free trade agreement after Britain leaves the EU.