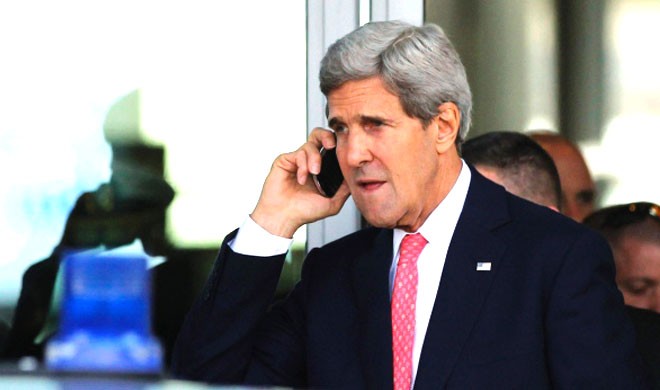 Mr. Kerry, who served as America’s top diplomat from early 2013 through the end of the Obama administration in January of this year, will focus on “conflict resolution and global environmental challenges,” the endowment said in a statement.

“John Kerry’s lifelong commitment to international peace and understanding embodies the mission and purpose of the Carnegie Endowment,” said Carnegie President William J. Burns. “His experience, wisdom, and belief in the power of diplomacy are needed now more than ever.”

Mr. Kerry, a decorated Vietnam War veteran who served for nearly three decades in Congress as a Democratic senator from Massachusetts, is expected to use to post to continue pushing his legacy as an advocate for policies that combat climate change.
He’ll likely also speak out in support of upholding the 2015 Iran nuclear accord, which both he and Mr. Burns helped negotiate for the Obama administration to ease economic sanctions on the Islamic republic in exchange for limits on its nuclear activities.

“The Carnegie Endowment is synonymous with serious, substantive, strategic work toward peace and progress, informed always by independent, nonpartisan analysis. I am excited to be working with Carnegie to continue the pursuit of fresh answers to vexing problems both new and old,” Mr. Kerry said in a statement Wednesday.