Turkey-Netherlands parliamentary group to be abolished 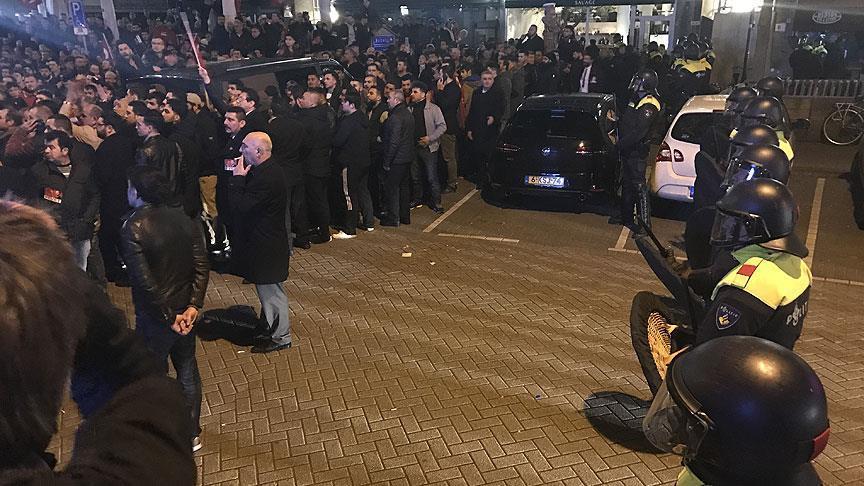 The Turkey-Netherlands Parliamentary Friendship Group will be abolished this week following the Turkish government's proposal in the parliament, the group’s chairman announced Wednesday.

Ertugrul Soysal, who is also an MP of the ruling Justice and Development (AK) Party, said: "The administrative board of the group will resign this week, and the friendship group will be abolished."

When Turkish citizens in Rotterdam had peacefully protested over the developments, they were met by police using batons, dogs and water cannons, in what some analysts called a disproportionate use of force.

On Monday, Ankara also sent diplomatic notes to the Netherlands in protest against the recent incidents.

Soysal said Turkey's political weight would become heavier following the upcoming constitutional referendum on April 16. "Certain countries do not want to see a growing and developing Turkey," he said.

About Dutch-Turkish relations, Soysal said: "We have businessmen and dual citizens there [in the Netherlands], which should be considered as well. We have 450,000-500,000 people of Turkish origin there. We should take decisions while considering their situation."

According to Turkish Ministry of Economy data, trade volume between Turkey and the Netherlands stood at $6.6 billion in 2016. Also, 2,711 Dutch companies have around $22 billion worth of investments in Turkey.