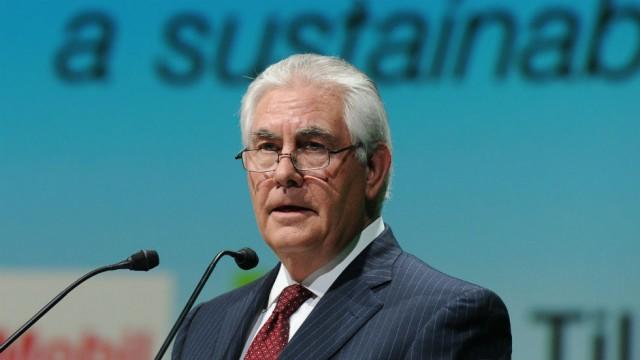 Russia's Foreign Ministry declined on Tuesday to confirm or deny reported plans by U.S. Secretary of State Rex Tillerson to visit Moscow, expressing its surprise at the "regular leak" of information from Washington.

Sources told Reuters on Monday Tillerson planned to skip his first meeting of the 28 NATO allies in April in order to stay home for a visit by China's president and then go to Russia.

Russian Foreign Ministry spokeswoman Maria Zakharova said in response to media requests for confirmation of Tillerson's Moscow visit that the ministry was "not prepared to confirm or deny this information".

"But we are certainly surprised by the regular leak of sensitive information from Washington," she said in a post on Facebook.

"It's time for U.S. political elites to figure out if 'Russian hackers' have once again got into State Department servers or if the threat to U.S. cyber security has an American origin after all," Zakharova said.