US should refrain from relying on PYD/YPG 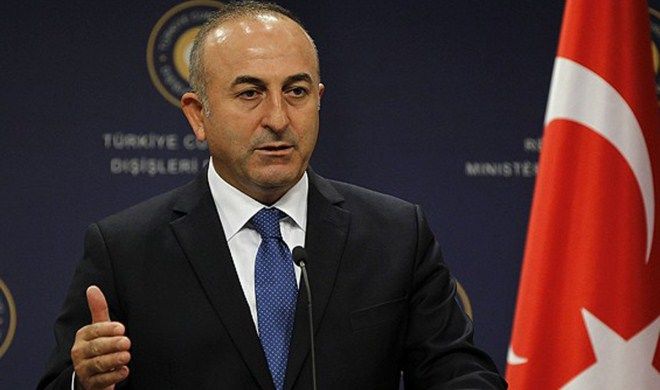 The U.S. must not rely on the YPG to defeat Daesh in Syria, Turkey's Foreign Minister warned Tuesday.

"The PKK terrorists who are responsible for the last terrorist attacks, suicide bomb attacks in Ankara, Istanbul, all came from YPG camps in Syria," Mevlut Cavusoglu said while speaking in Washington, warning that the YPG is "just an extension" of the PKK.

"We cannot rely on another terrorist organization in our fight against IS," he said.

The YPG-backed Syrian Democratic Forces has been Washington's principle partner in the anti-ISfight in northern Syria, vexing Ankara.

Cavusoglu said the YPG is fighting Daesh "because they want to divide Syria, and they want to gain more territory within Syria"

"Not because they hate Daesh," he added. "This is also a risk for the political future of Syria."

U.S. support for the YPG has threatened to upend relations between Washington and Ankara. In addition, Cavusoglu said the continued presence of Fetuallah Gulen in the U.S. despite Ankara's extradition request for the alleged terrorist ringleader overshadows relations.

Ankara has said Gulen's organization, known as FETO, was behind last July's failed coup attempt that resulted in 249 deaths.

Cavusoglu said the issue as well as U.S. support for the YPG "must be resolved.

But Cavusoglu maintained the U.S. and Turkey are "vitally important" for one another.

"When we work together effectively we bring about positive change," he said. "It is important that Turkey and the United States understand and help each other much better."

One issue that Cavusoglu said the U.S. and Turkey should cooperate on is NATO, which he said remains "the cornerstone of Euro-Atlantic security", but is in need of revitalization.

"We take the new U.S. administration's call for a better and fairer burden-sharing seriously," he said, noting that Ankara is working to reach NATO's two percent target for GDP spending on defense.

He is expected to meet with Secretary of State Rex Tillerson on Wednesday during an anti-Daesh coalition gathering.