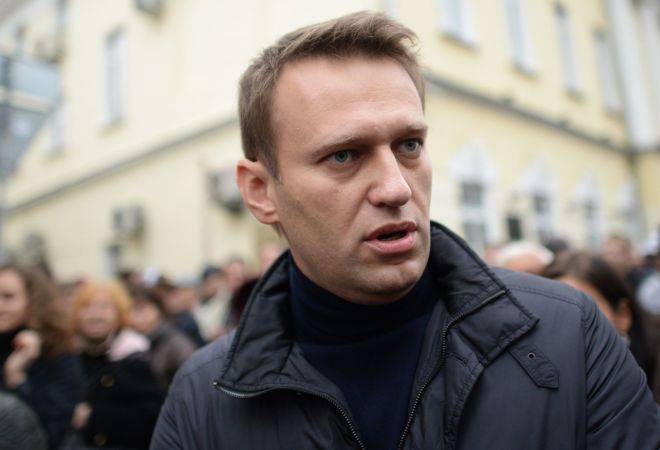 A court on Monday fined Russian opposition leader Alexei Navalny 20,000 roubles ($352.20) for his role in organizing what the authorities said was an illegal protest in Moscow on Sunday.

The same court was due, later on Monday, to consider a separate charge against him of disobeying a police officer.

A Reuters reporter saw police detain Navalny, who hopes to run against Vladimir Putin for the presidency next year, as he walked along central Moscow's Tverskaya Street on Sunday with supporters.