Obama to pocket £2.5million for speech in Milan 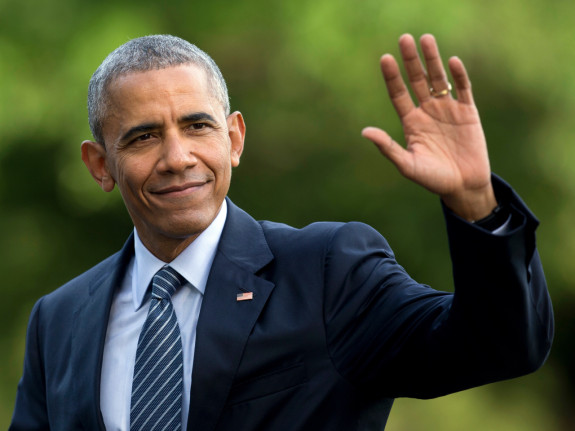 Barack Obama will reportedly pocket a staggering £2.5million (€3million) today for delivering a speech to a sold-out audience in Milan as part of his lucrative post-presidential speaking tour.

The former President, who has already earned hundreds of thousands of dollars for private speeches since leaving the White House, will make his highest-paying appearance yet at the Global Food Innovation Summit today.

President Obama flew into Italy’s business capital yesterday, and according to local media headed straight for the extravagant Park Hyatt hotel, which can cost up to £7,100 (€8,400) a night.

After bringing the city to a standstill with a convoy of 14 cars, a helicopter and a 300-strong police escort, President Obama’s entourage reportedly took over two floors of the hotel.

The former Commander-in-Chief also took a private tour of the Pinacoteca Ambrosiana museum, and the city’s cathedral.

President Obama has enjoyed weeks of holidaying since leaving Washington on January 20, including kite-surging lessons with Richard Branson.

In a move that was highly criticised even by former colleagues, he picked up £310,0000 ($400,000) last week for a speech to Wall Street bankers – which he accepted in September while he was still President.

President Obama will give his speech in Milan at Seeds and Chips, a conference on the impact that technology, innovation and climate change will have on food availability and production worldwide.

After the address, he will take part in a conversation with Sam Kass, the Obamas’ White House chef who also helped run Michelle Obama’s public health campaign.

However, the Democrat is not expected to discuss Donald Trump’s efforts to scrap his healthcare and climate change legislation.

And on May 25, President Obama has planned a get together with German Chancellor Angela Merkel in Berlin.