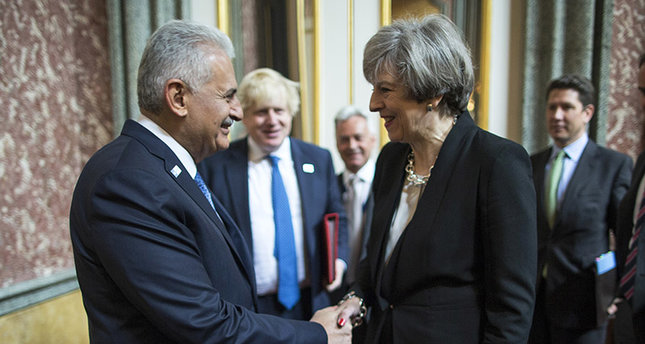 Prime Minister Binali Yıldırım and his British counterpart highlighted enhanced relations between Turkey and Britain while emphasizing the desire to boost cooperation opportunities, at a meeting held on the sidelines of the London Somalia Conference, reports said Thursday.

According to reports, Yıldırım and May discussed numerous regional and international issues.

Yıldırım reportedly wished May good luck for the upcoming general elections in Britain, which are expected to take place next month.

Meanwhile, May thanked Yıldırım for his cooperation in the conference.