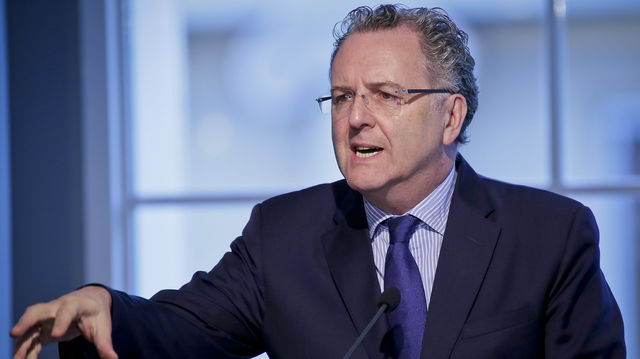 A French public prosecutor on Thursday opened an investigation into the financial dealings of the head of Emmanuel Macron's successful presidential campaign, throwing a new spotlight on sleaze in a fraught election year.

The inquiry comes 10 days from a parliamentary election where Macron, 39, hopes his new political party will win control of the National Assembly and consolidate his grip on power after his own election on May 7.

It also comes just weeks after the end of a presidential campaign in which two of Macron's main opponents were hamstrung by corruption allegations, and as the new president's government prepares new anti-graft legislation.

The public prosecutor in the western city of Brest said he had decided to open the inquiry after a string of media reports about the business and financial dealings of Richard Ferrand, minister for territorial planning in Macron's new government and a former Socialist who became one of his key early backers.

Opposition politicians have been calling for Ferrand to resign, but until Thursday, prosecutor Eric Mathais had initially decided not to pursue the matter.

He said more information reported by news outlets in recent days justified the change of stance.

The focus of those reports is Ferrand's management of an medical insurance group in Brittany six years ago, notably a decision to rent office space from his wife.

Another issue is his hiring of his son for four months as an assistant paid from parliamentary funds.

Ferrand has denied wrongdoing, and while hiring family as parliamentary assistants is banned in some countries, it is not illegal in France.

Failed conservative presidential candidate Francois Fillon's campaign was derailed by sleaze allegations and he is now under formal investigation, not because he paid members of his family from public funds, but because of allegations that his wife in particular did not do much actual work for the money.

The proposed new legislation to clean up political practices is set to ban hiring of family by members of parliament.

Far-right leader Marine Le Pen, another failed presidential candidate, is also under investigation with regard to the hiring of party activists as assistants in the European parliament.

Macron has not spoken publicly about the allegations surrounding Ferrand, but a spokesman in his government said earlier this week he had urged ministers to show solidarity with the man who was head of his presidential campaign team.

In France, the opening of a preliminary inquiry does not imply guilt. Prosecutors can decide after such preliminary checks whether there are grounds for a full-scale probe.