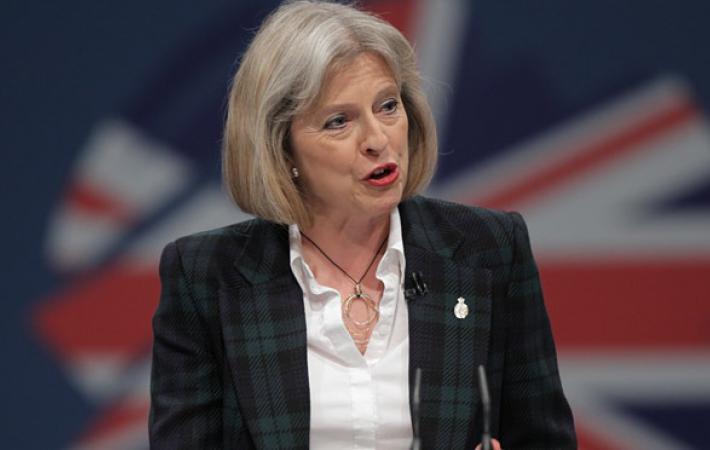 Prime Minister Theresa May unveiled details of her plan to protect the rights of EU citizens living in Britain on Monday, saying the government would work to offer them the same health, medical and educational benefits as British citizens.

An agreement on the post-Brexit rights of EU nationals is one of the easier issues for the two sides to agree on, with both Britain and the rest of the bloc wanting to provide assurances to millions of their citizens living abroad.

But reflecting the complexity of family relationships born of more than 40 years of EU membership, opposition lawmakers demanded clarity on what the changes meant for adult children of EU nationals, who had grown up in Britain but now lived abroad.

And a major sticking point, which Brexit minister David Davis said at the weekend would be the row of the summer, was that Britain would not defer to rulings from the European Court of Justice - an institution the EU says must be involved.

The two sides must also decide when the cut-off point applies. Brussels wants that to be when Britain leaves the EU, but May has offered a 'window' - no earlier than her confirmation of withdrawal three months ago and no later than Brexit, due in March 2019.

"I want to completely reassure people that under these plans, no EU citizen currently in the UK lawfully will be asked to leave at the point the UK leaves the EU. We want you to stay," she told a rowdy session of parliament, adding some detail to a proposal made to Brussels on Friday.

"I believe it is a generous offer."

May made her pitch just hours after winning a deal to prop up her minority government with Northern Ireland's Democratic Unionist Party, necessary to give her a better chance of passing laws to ease the path of Brexit during two years of talks.

A 15-page document giving a point-by-point explanation of the proposals said Britain would allow current immigrants from the EU to retain healthcare and other benefits that are more generous than those given to migrants from elsewhere.

It said those who had lived in Britain for five years by an as yet unspecified cut-off point could stay for life -- a right foreigners already have in the rest of the EU, while those more recently arrived would be allowed to stay until they reach the threshold for "settled status".

Jeremy Corbyn, leader of Britain's main opposition Labour Party, said May's reduced stature after losing her parliamentary majority in an election on June 8, meant that she could no longer wring out a good deal for Britain from the EU.

"She wanted a landslide and she lost her majority. Now her mandate is in tatters, but the prime minister still insists she's the best person to get a good deal for Britain," he said to loud cheers from his party.

"The truth is this country needs a new approach to Brexit."

Monday's presentation offered more details of a proposal May brought to an EU summit last week, an offer which European Council President Donald Tusk said fell short of expectations and could water down citizens' rights.

Some commentators say May, who was once interior minister and in control of immigration policies, should have made her offer shortly after Britain voted to leave the European Union or at the latest after she triggered Article 50 of the EU treaty to start the process of leaving the bloc.

That, former government official and professor of Economics and Public Policy at King's College London Jonathan Portes said, could have won her some goodwill in talks on a future trading relationship which could make or break thousands of businesses on both sides of the Channel.

The EU has said before tackling trade and their future relationship that there needs to be "significant progress" on EU priorities, including its demand that Britain settle a "Brexit bill" and the rights of expatriate citizens.

Davis has sought to say he won the argument of how the talks will be scheduled by getting talks on the divorce agreement and on the future relationship to run in parallel. But any talk of trade can only begin in October this year, the EU has said.