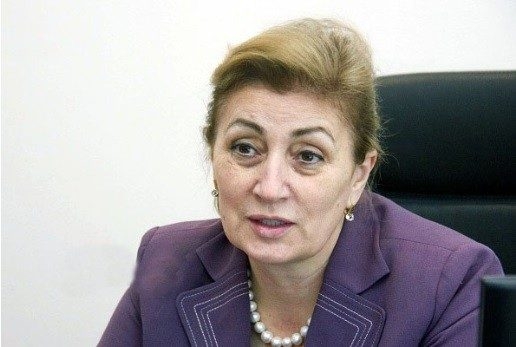 Armenia’s occupation of Azerbaijani territory has been discussed during the NATO Parliamentary Assembly’s 96th Rose Roth seminar in Slovenia.

MP Malahat Ibrahimgizi, head of the Azerbaijani parliament’s delegation at the seminar, told APA that during the discussion the issues were raised of Armenia’s occupation of Azerbaijani territory, the fate of more than a million refugees and IDPs, and Armenia’s destruction of material-moral monuments.

Ibrahimgizi presented a report, noting that although the issue has been raised multiple times before the UN Security Council and other international organizations, no concrete measure has been taken against Armenia.

“We see the indifference of these organizations and we’re raising our objection. The Azerbaijani president made it clear at a session of the UN General Assembly. We’re facing double standards, while there is indifference to the Armenian occupation,” he said.

“Azerbaijan has been suffering from separatism for more than 25 years, because of which our country has more than a million refugees and IDPs to care for,” she stressed.

During the Azerbaijani MP’s speech, Armenian delegation member Karhun Nahaetyan asked the seminar moderators to change the theme, in an attempt to interrupt the discussion of the Armenian occupation. But the request went in vain.

Seminar moderator Matej Tonin, representing NATO PA, apologized to the Azerbaijani officials and said he would rebuke Armenian MPs. He also suggested that this incident be perceived as an aggressive reaction from the Armenian delegation, rather than double standards.

The seminar will continue tomorrow.