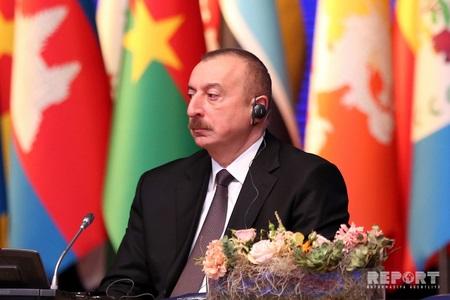 The Non-Aligned Movement (NAM) plays an important role in preserving peace in the world, said President of Azerbaijan Ilham Aliyev.

The president made the remarks at the NAM Mid-Term Ministerial Conference, titled “Promoting international peace and security for sustainable development”, in Baku on Thursday.

The head of state said that Azerbaijan is a relatively new member of NAM.

“Azerbaijan was accepted to this organization in 2011. The NAM member states supported Azerbaijan when the country was elected as a non-permanent member of the UN Security Council,” he noted.