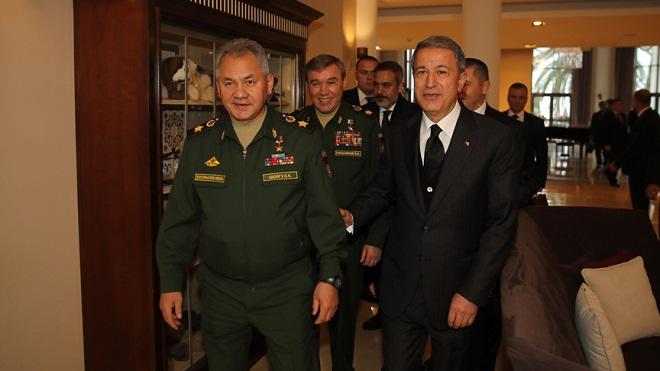 According to a statement, Akar and Sergey Shoigu also discussed measures to reduce tension in the area, within the scope of the Sochi agreement and discussed regional security issues as well.

In recent weeks, the Syrian regime and its ally, Russia, have intensified attacks against the last major rebel enclave, Idlib.

The offensive threatens to unleash a major humanitarian catastrophe with 180,000 civilians already being forced to flee their homes in the last two weeks.

Some 1.5 million people reside in Idlib, half of whom are refugees from other parts of the country.

As guarantor of the Syrian regime, Russia is responsible for preventing attacks by regime forces and Iranian-backed militias, who repeatedly violated last year’s Sochi agreement that aimed to establish a demilitarized zone in Idlib.

Syria has been locked in a vicious civil war since early 2011 when the Bashar al-Assad regime cracked down on pro-democracy protests.