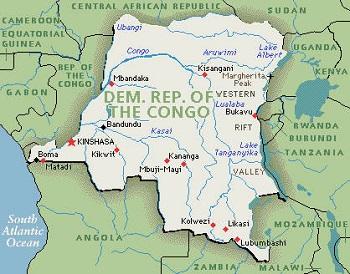 Russia and the Republic of the Congo have signed a contract to dispatch Russian military specialists to the African state. The ceremony of exchanging the documents took place at the Kremlin on Thursday in the presence of the two countries’ presidents, Vladimir Putin and Denis Sassou Nguesso.

Deputy Defense Minister Alexander Fomin signed the contract from the Russian side.

Fomin told the journalists that the contract in the first place concerned the maintenance and operation of Soviet-and Russian-made military hardware in the inventory of the African republic. The bulk of this military hardware can remain in service for a very long time, the deputy defense minister said, mentioning armored vehicles, soft-skin vehicles, missile and conventional artillery as well as helicopters among other hardware.

Of course, it needs professional operation, servicing, maintenance and modernization, he said. "This hardware is safe, efficient, its tactical and technical characteristic are the best in the world," Fomin stressed, adding that the Thursday’s contract was mainly about this.

He explained that Russian specialists were going to the Republic of the Congo to train and help their Congolese colleagues in operating, servicing and repairing military hardware. "This is a new contract, but in general it continues a once started beautiful story under the name of ‘military and military-technical cooperation [of Russia and the Republic of the Congo]’. We are continuing it and are happy about this," Fomin said.

Russia and the Republic of the Congo are also engaged in negotiations on supplies of Russian military hardware to that African country, Fomin told journalists.

"Negotiations are underway. We expect to have a request on supplies of new hardware. It is necessary, our hardware has proved its effectiveness, including in Syria in fight against international terrorism, it has demonstrated its safety, reparability and high precision," Fomin said.

"This republic does have things to defend. It is rich, while the main treasure of any state is its independence and sovereignty," the deputy defense minister summed up.