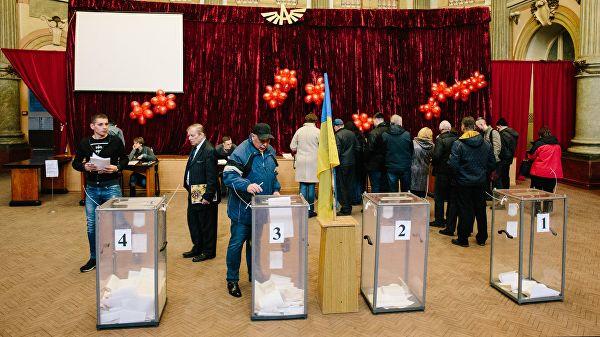 Voting at Ukraine’s early parliamentary elections is over after polling stations closed at 20:00 local time. Voting however continues at a number of Ukraine’s diplomatic missions to Western countries.

On Sunday, Ukrainians elected 225 lawmakers by party tickets and 199 more in one-seat constituencies. After Crimea reunified with Russia and because of the conflict in Donbass, the number of constituencies reduced by 26, to 424 instead of 450 envisaged by the constitution.

This was the last time that voting is taking place under a mixed majority-proportional system as a system based on open party tickets is expected to be introduced in the country before the next parliamentary election.

A total of 34 million Ukrainian citizens are included in the voter register. However, just like at the presidential election earlier this year, about three million people living in the areas of the Donetsk and Lugansk regions that Kiev doesn’t control did not have a chance to cast their ballots.

According to recent opinion polls, the Opposition Platform - For Life party is expected to come in second in the election, as 15.1% of voters were ready to cast their ballots in its favor. Ukrainian President Vladimir Zelensky’s Servant of the People party has a chance of winning the election with the support of 42.5% of voters. Former Ukrainian President Pyotr Poroshenko’s European Solidarity party may come in third (8.1%) and former Prime Minister Yulia Timoshenko’s Batkivshchina can take fourth place (7.6%). Other political forces are unlikely to get over the five percent threshold necessary to win parliamentary seats.