Turkey only NATO country to hold battle against ISIS 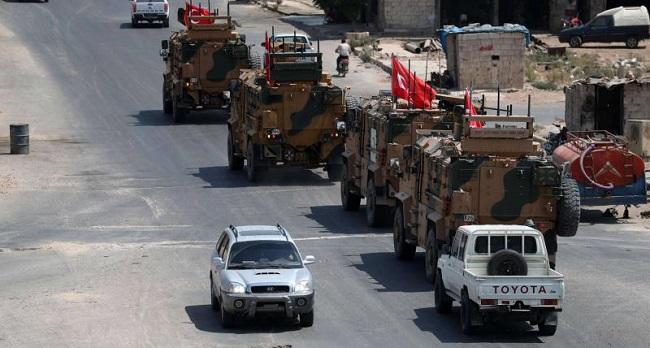 Turkey's National Defense Ministry on Tuesday stated that Turkey was the only NATO country to fight against the ISIS terrorist organization.

Axar.az reports citing Yenisafak that The ministry stated on twitter that Turkey has suffered the most from ISIS`s bloody attacks and has combated the organization within and outside the borders.

The statement added that Turkish Armed Forces will continue its fight against ISIS at the east of Euphrates as well.

The statement also noted that during Euphrates Shield operations Turkish Armed Forces dealt a major blow to ISIS in terms of military and ideology by capturing Dabiq in northern Syria which is a shrine to the terrorists.

In the last two years, Turkey’s Euphrates Shield and Olive Branch operations liberated the region from YPG/PKK and ISIS terrorists, allowing hundreds of thousands of displaced civilians to return to their homes.

The PKK - listed as a terrorist organization by Turkey, the U.S. and the European Union -- has waged a terror campaign against Turkey for more than 30 years, resulting in the deaths of nearly 40,000 people, including women, children and infants.

Syria has only just begun to emerge from a devastating conflict that began in 2011 when the Bashar al-Assad regime cracked down on demonstrators with unexpected ferocity.