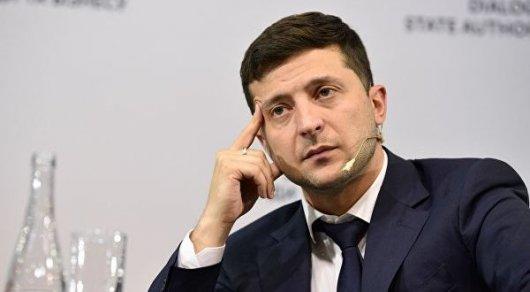 Ukrainian President Vladimir Zelensky stated that the Ukrainian side disagrees with an article of the Minsk Agreements, which stipulates that Ukraine can only assume control over the Donbass border area with Russia after an election in the region is held.

"The only controversial issue is the fact that first, we hold an election (in Donbass - TASS), and then Ukraine controls the border," he told reporters in Kiev. "This is a very controversial issue. To be honest, I would solve this issue differently," he continued. "This is why we will promote a different resolution. A completely different one."

Zelensky repeated Ukraine’s conditions for recognizing the Donbass election. According to him, this will only happen if the election is held in accordance with the Ukrainian law, with the participation of the Ukrainian Central Election Commission, candidates of Ukrainian parties and "people who can ensure security."

"If this is not done, then the Central Electoral Commission and reporters will not be allowed there (to Donbass - TASS). That is, if we do not see this, then we will not recognize the election automatically, no matter what we sign or do not sign," Zelensky noted.

In response to a question on whether Ukraine has an alternative plan in case Russia would insist on holding an election in Donbass before handing over border control, Zelensky said: "We have a plan B, but I don’t want to talk about it now."

Earlier on Thursday, Zelensky said that he is not satisfied with the 2015 Minsk Agreements, as he does not agree with the order of the steps stipulated there.