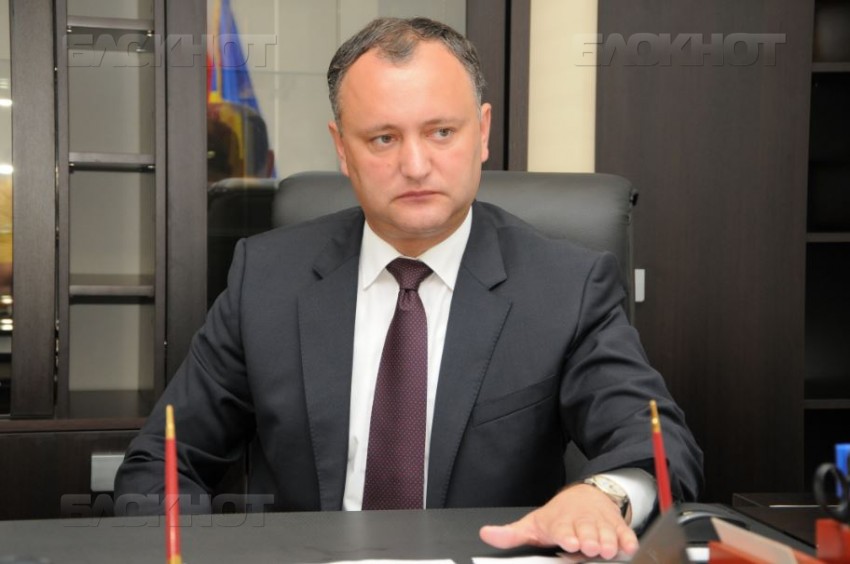 Moldovan President Igor Dodon is hopeful that cooperation between Chisinau and Moscow will continue after a new government is formed in Russia, as he himself told.

The Russian government resigned earlier on Wednesday. However, President Vladimir Putin instructed the cabinet to continue to carry out its duties until a new government is established. Meanwhile, Putin has nominated Federal Tax Service chief Mikhail Mishustin as prime minister.

"Our countries have maintained effective cooperation at the presidential level in recent years. Following the last parliamentary election and a change of government in Moldova, cooperation between lawmakers began, and when Ion Chicu’s cabinet was formed in November, the two countries’ governments also started cooperating. I hope the projects that our prime minister agreed with Dmitry Medvedev during his first visit to Moscow in November will remain under a new government," Dodon pointed out.

In this regard, the Moldovan president mentioned plans to boost trade and economic cooperation and Russia’s intention to grant Moldova a loan to develop the country’s infrastructure facilities. "Talks are underway on the loan and other projects," Dodon specified.