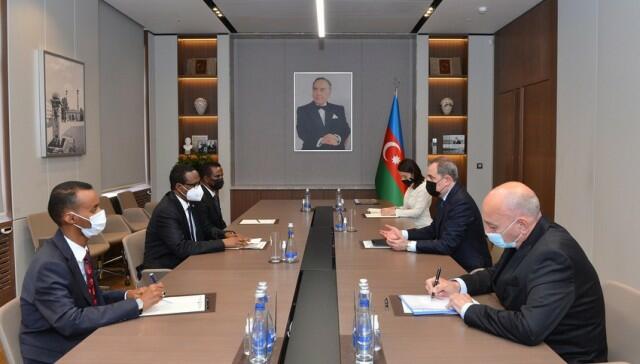 Azerbaijani Foreign Minister Jeyhun Bayramov has met with a delegation representing political and public circles, research centres, and the press of the United Kingdom.

Axar.az reports this was stated by the Azerbaijan MFA.

Jeyhun Bayramov informed about Armenia's policy of aggression, which is the biggest threat after the restoration of Azerbaijan's independence, its consequences, its illegal activity during decades in the occupied territories of Azerbaijan, large scale destructions, and Armenia’s military provocations.