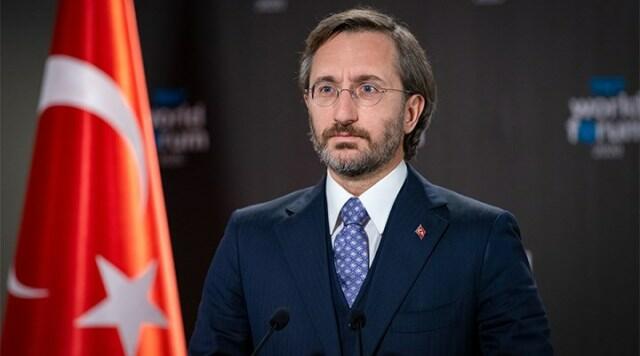 Images of heroic operators and photojournalists serving in the region played an important role in justifying Azerbaijan's victory in Karabakh, Armenia's war crimes, how it targeted civilians, and the destruction of world cultural heritage monuments by the world community.

Axar.az reports the statement came from Fakhraddin Altun, head of the Communications Department of the Turkish Presidential Administration.

"I remember with gratitude the memory of Maharram Ibrahimov, a correspondent of AZERTAC, and Siraj Abishov, a cameraman of the Azerbaijan State Television, who were killed in a mine explosion in Armenia. May their place be a paradise.

In this regard, I once again ask God to bless our martyrs of the Karabakh victory, " Altun said.