British Charge d'affaires was summoned to the MFA 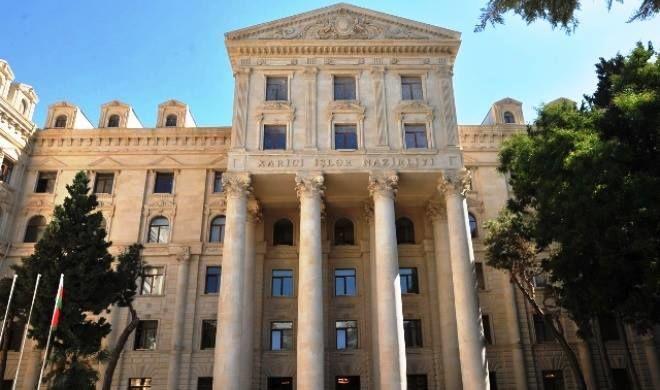 The charge d'affaires of the Embassy of the United Kingdom of Great Britain and Northern Ireland in the Republic of Azerbaijan was summoned to the Ministry of Foreign Affairs.

Axar.az reports that this was announced by the Ministry of Foreign Affairs of Azerbaijan.

It was noted that the British charge d'affaires, who was summoned to the Ministry of Foreign Affairs in connection with the attack by a religious radical group against the Azerbaijani embassy in London, was strongly protested:

"It was brought to the attention of the other side that this provocation seriously revealed the issue of ensuring the security of the diplomatic mission and that the host country should take security measures in accordance with its international legal obligations. A guarantee was requested from the other side that such situations will not be repeated again.

Regarding the act of vandalism, the relevant institutions of the United Kingdom called for a thorough investigation and the responsible persons to be brought to justice.

The British Chargé d'affaires expressed deep regret and concern about the incident. It was reported that an investigation has been conducted in connection with the incident.