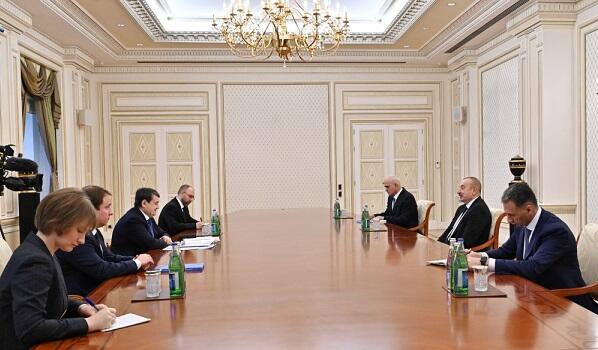 Axar.az reports that Igor Levitin conveyed the greetings of the President of the Russian Federation Vladimir Putin to the head of our state.

President Ilham Aliyev expressed his gratitude for the greetings and asked to convey his greetings to the President of Russia.

At the meeting, satisfaction was expressed with the development of Azerbaijan-Russia bilateral relations, including economic relations, and the importance of joint work in the fields of transport and infrastructure was noted.

During the conversation, bilateral and regional issues related to transport, transit, and logistics, as well as expanding the possibilities of the North-South transport corridor and the Zangezur corridor were discussed.