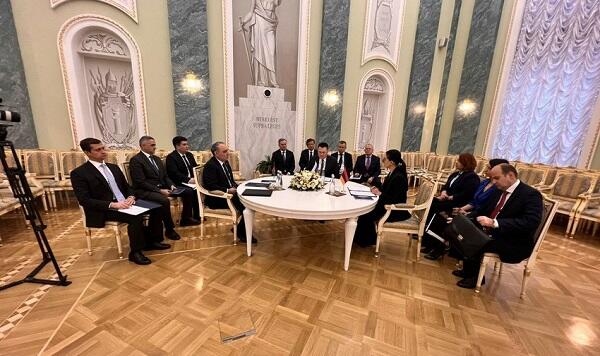 Azerbaijan's Prosecutor General Kamran Aliyev has discussed the situation in the South Caucasus with Russian and Armenian counterparts.

Axar.az reports citing the press service of the Prosecutor General's Office of Russia.

The situation in the South Caucasus was discussed at the meeting.

"Local conflicts and crises not only harm the geopolitical environment but also create favourable conditions for the spread of criminality, terrorism, extremism ideas, and the spread of hatred and enmity," the report says.