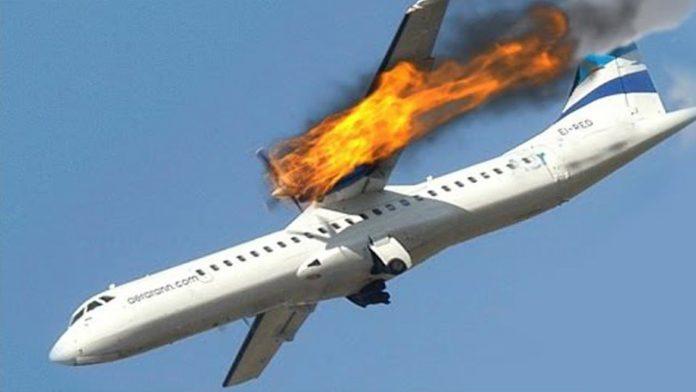 Axar.az reports that, the audio record obtained by CBS News and the New York Times revealed pilots from American Airlines discussed the Lion Air crash with Boeing, which killed all 189 people onboard.

Just one month after the crash, American Airlines pilots requested more information about the anti-stall system of the Boeing 737 MAX jets during a meeting with Boeing officials.

Mike Sinnett, Vice President of Engineering at Boeing, said that the cause of the crash was not clear and the company didn't want to burden the crews with training that was not necessary, CBS News reported.

The Boeing 737 MAX jets were grounded globally after the second crash of the type in Ethiopia. Preliminary reports released by the investigators pointed out the anti-stall system of the aircraft known as MCAS (Maneuvering Characteristics Augmentation System) as the common suspect in both crashes.

During the meeting with Boeing officials, American Airlines pilots asked more information about the system, saying that they were not aware it was on the plane and it was not covered in the training manuals, The New York Times reported.

Michael Michaelis, an American Airlines pilot and the head of safety in the pilot union at the same time, said:

"These guys didn't even know the damn system was on the airplane, nor did anybody else."

Todd Wissing, another American Airlines pilot said the system should be explained in the training manuals.

"I would think that there would be a priority of putting explanations of things that could kill you," Wissing said.

"We flat-out deserve to know what is on our airplanes," another pilot said, according to CBS News.

"I don't know that understanding this system would've changed the outcome on this. In a million miles, you're going to maybe fly this airplane, maybe once you're going to see this, ever. So we try not to overload the crews with information that's unnecessary so they actually know the information we believe is important," Vice President Mike Sinnett said in response to the Union representatives who are also pilots at American Airlines.

But he also said he did not disagree that pilots deserved to know what was on the plane.

CBS News reported that Sinnett did not appear to know that he was being recorded.

Boeing was already working on a software update for the system when the Ethiopian 737 MAX 8 crashed.

Pilots of American warned Boeing at the November meeting to fix the software immediately.

"We don't want to rush and do a crappy job of fixing the right things and we also don't want to fix the wrong things," Snippet said in return.

Boeing declined to comment to The New York Times specifically saying that the company was focused on working with pilots, airlines, and global regulators to certify the updates made on the aircraft's anti-stall software to safely return the 737 MAX jets to flight.

Both Boeing and the Federal Aviation Administration are under close scrutiny by federal investigators about the plane's certification process.