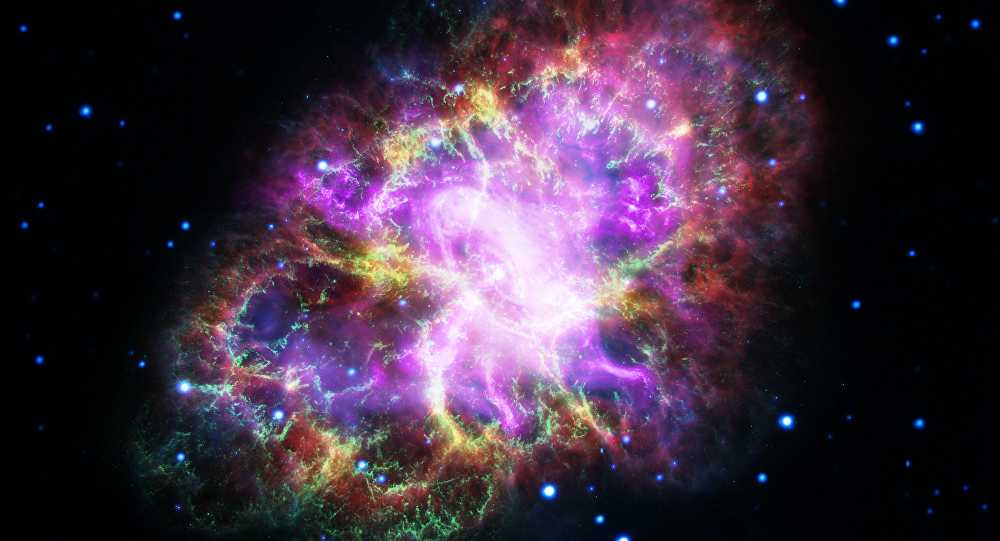 Using data obtained via several different telescopes, a crack team of astronomers managed to produce probably the most detailed image ever of the Crab Nebula.

Axar.az reports citing to Sputnik having analyzed the data obtained by some of the Earth’s most powerful telescopes spanning virtually the entire breadth of the electromagnetic spectrum, a team of astronomers led by Gloria Dubner of the Institute of Astronomy and Physics created a highly detailed image of the Crab Nebula which may help delve further into the mysteries this celestial phenomenon conceals.

The Crab Nebula is a remnant of a supernova explosion first observed by astronomers in 1054. The nebula, located in the Perseus Arm of the Milky Way galaxy at a distance of about 6,500 light years from Earth, received its name in 1840 thanks to William Parsons, 3rd Earl of Rosse who during his early observations of the phenomenon produced a drawing which resembled a crab.

"Comparing these new images, made at different wavelengths, is providing us with a wealth of new detail about the Crab Nebula. Though the Crab has been studied extensively for years, we still have much to learn about it," Dubner said, according to scientific web portal Phys.org.