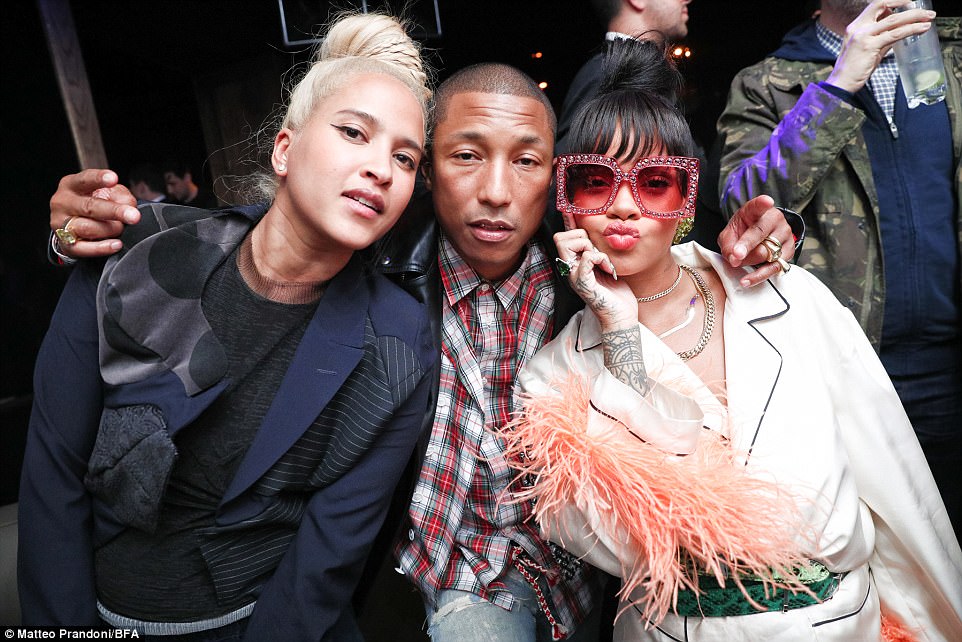 After fashion's biggest night, it was time for some greasy fast food.

Once the stars were finished walking the red carpet in their complicated couture, taking selfies in the bathroom and watching a performance by Katy Perry at the Met Gala, they slipped into something more comfortable for Rihanna's after party.

The singer hosted her famous friends at 1OAK nightclub in New York City after the black tie event.

Kendall Jenner could be seen grabbing a cheeseburger off of a platter being passed around the club, with her rumored boyfriend A$AP Rocky right behind her.

Though A$AP, born Rakim Mayers, looked like he passed on the comfort food, actress Zoe Kravitz joined in on the feast.

Kendall had changed from her very revealing black dress on the Met Gala red carpet to a comfortable sheer yellow hoodie, and arrived hand-in-hand with A$AP.

She added hoop earrings to her new look, and tied her hair back into a tight bun.

Rihanna arrived around 1am and sat in a private booth where the stars came to her, according to Vanity Fair.

At one point, she was seen posing with Pharrell Williams, who co-starred on Styled To Rock with the singer in 2013.

Pharrell's wife Helen Lasichanh joined them, wearing a different look from her Met Gala outfit which found her being compared to a Teletubby.

Rihanna was also seen chatting with Madonna briefly. Though they were seen taking a photo together, it has yet to be posted by either pop diva.

Madonna kept with her camouflage theme of the night, switching her gala gown for slacks in the same army print.

She stayed next to Moschino designer Jeremy Scott, who created her look, for most of the night.