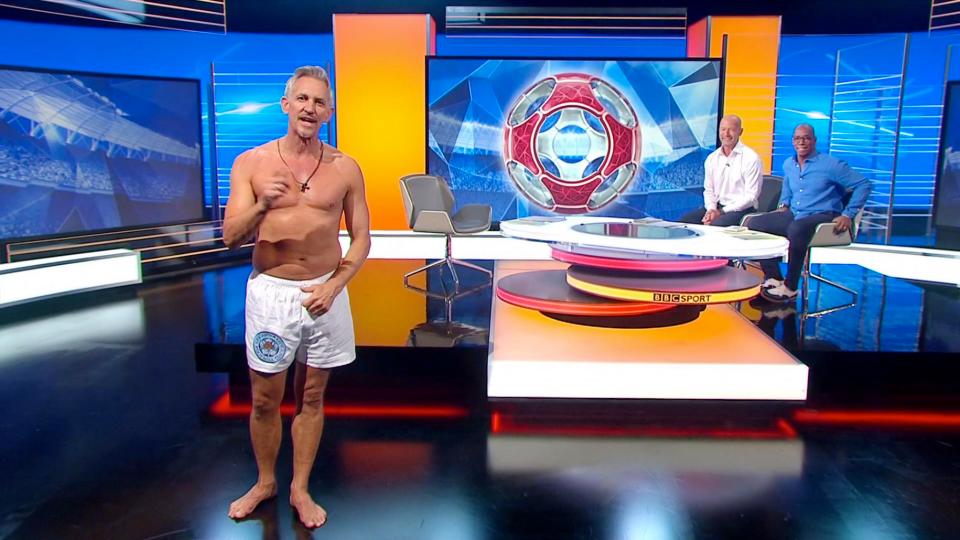 The former England striker, 56, turned streaker last August after being dared to do so if Leicester City won the Premier League.

Lineker’s ‘pornographic presenting’ appeared on the first episode of this season’s Match of the Day after the momentous achievement of his hometown club.

But one outraged viewer, a woman from Croydon, condemned the football legend’s “disgusting” antics and refused to pay her TV licence in protest, according to TV Licensing.

The excuse was revealed as part of a top ten list released by TV Licensing, exposing a host of barmy reasons for not forking out for a licence.

Another excuse in the list came from an Edinburgh man who said he got the TV and his partner got the licence in their divorce settlement.

Elsewhere, a woman claimed she couldn’t pay the fee because she was giving CPR to her goldfish.

The law requires TV viewers to pay £147 if they watch live television programming or use BBC iPlayer.

A TV Licensing spokesperson said: “We make every effort to find evaders and although excuses we hear can be ingenious, those we catch still need to buy a licence.

“We offer help to those struggling to buy and would much rather people buy a TV Licence in small weekly or monthly instalments, than face prosecution and a fine of up to £1,000.”