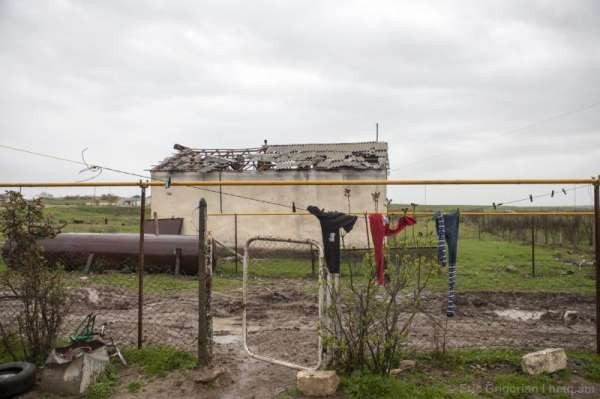 The intense situation is still remains on the contact line.

Armenians emptied all the villages of Agdara.

During the filming around town has not seen any civilian.

Only withdrawing soldiers are waiting in ambush equipment on the roadside.

According to the 1899 Hague Convention (Art. 24 (25, 26), the invader state has no right to place its population to the occupied territory.

Azerbaijanis live in these areas in the course of history.

Armenia transfers its population by forcing to the abandoned territories by Azerbaijani people.

They are being located in the vacant houses of Azerbaijanis.

During the attacks, Armenians fled from these homes.