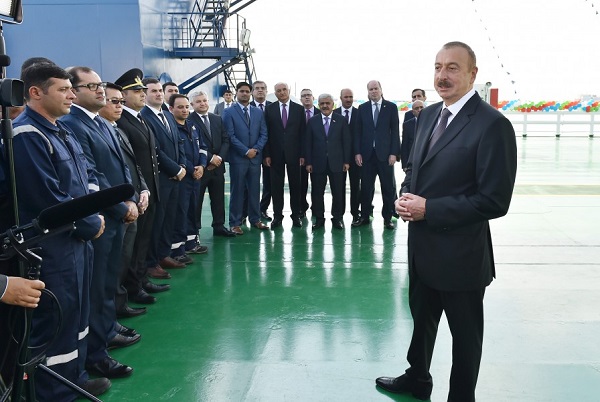 The launch of the "Khankendi" ship is a historic event. I am glad that this huge ship was built in Azerbaijan, Baku. This ship is called "Khankendi". It also has a great meaning. Khankendi is our ancient city. Khankendi's name is dear to us, it is native. It is no coincidence that this ship, which meets all the rare standards in the world, is named after it.

Axar.az reports that these words were told by President of the Republic of Azerbaijan Ilham Aliyev in his speech at the inauguration of "Khankendi" underwater construction vessel.