Armenians resort to provocation against Azerbaijan 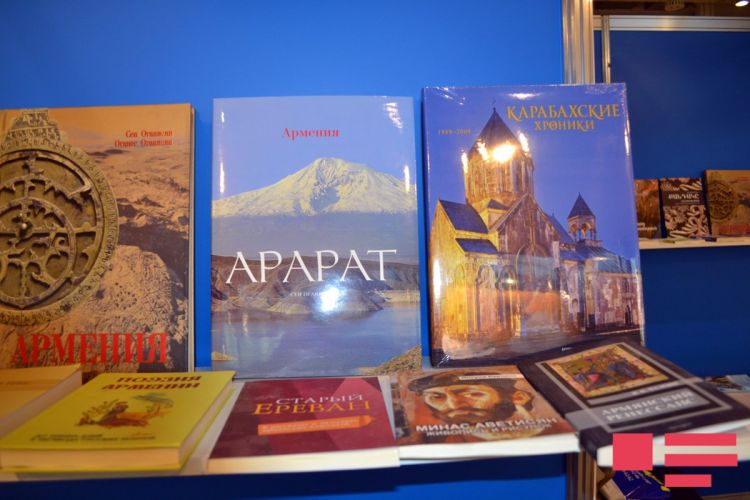 Armenian resorted to another provocation against Azerbaijan at the 30th International Book Fair that is underway in Moscow.

Book about the Nagorno-Karabakh region were displayed at Armenia’s stand, installed next to that of Azerbaijan.

Although there are not many books, in which Nagorno-Karabakh is presented as Armenia’s territory, they were demonstrated at the most visible part of the stand.

“The Chronicles of Karabakh 1989-2009” by Boris Baratov, “The Five Melikdoms of Karabagh” by Raffi and “Armenia”, “Ancient History of the Armenian People”, "Armenian Legends" by other Armenian authors describe the present Azerbaijani lands as Armenian territories, and samples relating to the history of Azerbaijan as Armenian.

The exhibition will last till September 10.