Thank you for your protection 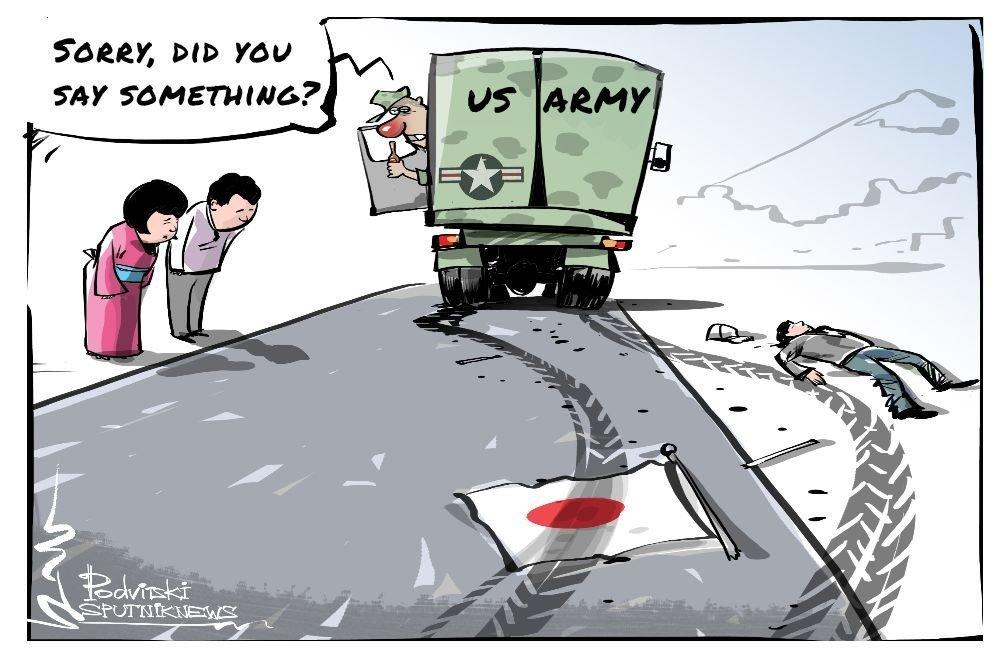 The US Forces in Japan have prohibited drinking for their troops after a deadly accident in which a US serviceman, who might have been under the influence of alcohol, drove a truck and crashed into a local citizen's vehicle. The 61-year-old Hidemasa Taira died in hospital.

Axar.az informs that the marine's breath test reportedly showed the level of alcohol about three times higher than the legal limit. It happened in the city of Naha, the capital of the Okinawa prefecture, where the locals have been protesting the presence of American troops. However, this is not the first incident involving US servicemen deployed in Japan.