"If needed, Azerbaijan will liberate its territories” 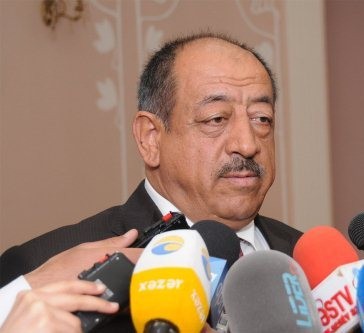 Azerbaijan will give an adequate response to future provocations of Armenia, Bayram Safarov, chairman of the “Azerbaijani Community of Nagorno-Karabakh” Public Union and head of the Shusha District Executive Authority, told local media on Wednesday.

Safarov noted that the Azerbaijani army didn’t make an attack in early April, it conducted a counter-offensive against the enemy attack.

He said that during the April events, even 15-year-old boys expressed their desire to voluntarily join the army.
Under international law, Azerbaijan has the right to liberate its lands from occupation, Safarov said stressing that the Azerbaijani state and its army can take this step whenever they want.

As for the bill on recognition of the “independence” of the occupied Nagorno-Karabakh region of Azerbaijan, which will be discussed in Armenia’s parliament on May 5, Safarov said this is another provocation of Armenia.

“When the political regime in Armenia falls into a difficult situation, they resort to such provocations. And the recognition of the “independence” of the so-called regime in Nagorno-Karabakh will not change anything,” he added. “The Armenian parliament has no right to discuss any issue regarding Nagorno-Karabakh. The world community recognizes that Nagorno-Karabakh and seven adjacent districts belong to Azerbaijan.”

Safarov emphasized that Armenia has no power and the ability to fight with Azerbaijan. He recalled that Azerbaijan didn’t have a regular army during the First Karabakh War.

“Today, Azerbaijan has a strong army. Azerbaijan is committed to a peaceful solution to the Nagorno-Karabakh conflict. If needed, Azerbaijan will liberate its territories,” he added.

He said that Azerbaijan does not need the land of other countries. “The Armenians know that Nagorno-Karabakh was part of the Karabakh Khanate and the territories they are residing in now were the territories of Iravan and Nakhchivan khanates,” he concluded.