Ilham Aliyev is on a tea party with the residents 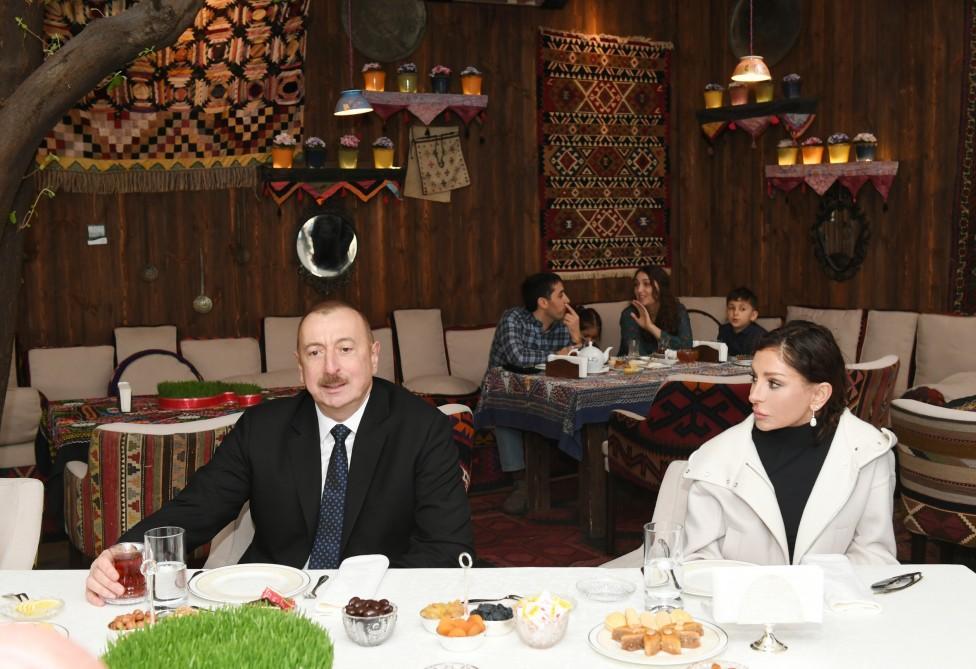 Our history is protected, historical monuments are restored, and the Icheri Sheher maintains its beautiful image.

Axar.az informs that, president of the Republic of Azerbaijan Ilham Aliyev who attended the nationwide festivities on the occasion of the national holiday of the Azerbaijani people - Novruz in Baku said during a conversation with residents in the city of Icheri Sheher.

The Head of State noted:

"Icheri Sheher is our historical place. You know, for several years, the Icheri Sheher has a special status, where special management has been established. Our history is protected, historical monuments are restored, and the Icheri Sheher maintains its beautiful image. There are not so many big cities in the world. In some countries such ancient settlements are protected by the state as we do. There are also such cities in Europe and Asia. But the special aura of Icheri Sheher has a special attractive power. When he comes here, he does not want to go. I am very glad that here in recent years there is a renovation work. But the main thing is that this historic figure is protected. It's almost now that tourists come here every day. "

Ilham Aliyev said that there were both conditions for living and public spaces:

"These beautiful conditions attract tourists. Historic buildings were repaired in Icherisheher. Many of them were obsolete and were out of place. Icheri Sheher is a rare place in the world. "

The head of state underlined that tourists coming to Azerbaijan would be further increased:

"From 2016 the number of tourists increases every year. The main increase began in 2016. That same year there was a 22 percent increase. Then it increased by 20 percent. Last year, the increase was about 5 percent. "