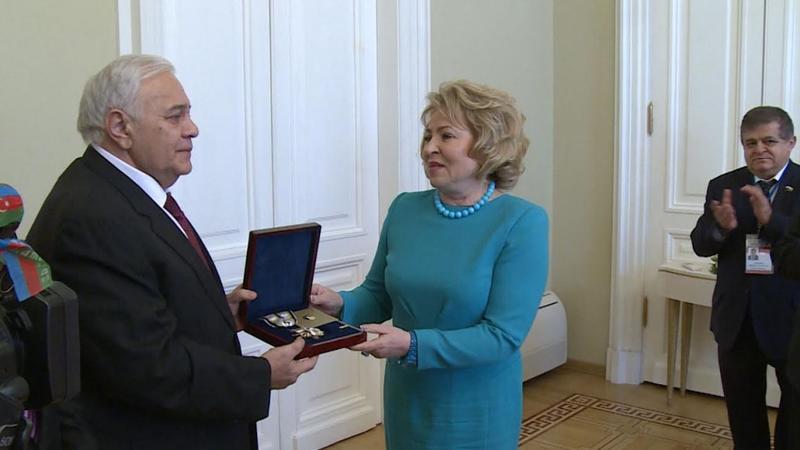 Chairman of the Azerbaijani Parliament Ogtay Asadov and Chairman of the Russian Federation Council Valentina Matviyenko had a bilateral meeting within the framework of the CIS Inter-Parliamentary Assembly Council meeting.

Axar.az informs that, the sides discussed issues of mutual interest between the two countries.

During the meeting, Ogtay Asadov awarded Valentina Matviyenko with a special medal dedicated to the 100th anniversary of the Azerbaijani Parliament and an honorary medal of the Black Sea Economic Cooperation Organization.