One of the earliest large cities of Azerbaijan (Video) 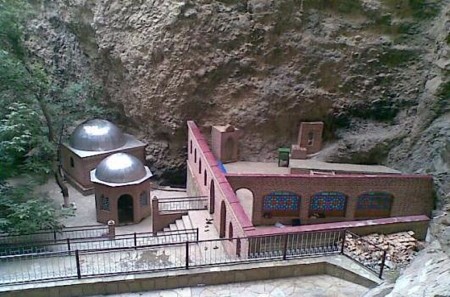 Nakhchivan Autonomous Republic (NAR) is located in the southeastern part of Azerbaijan.

Nakhchivan is separated from the rest of Azerbaijan by a narrow reach of a foreign country - once it became possible due to the conflict of Russian and Persian imperial interests. NAR is located on the southern slopes of the Daralaya Mountains and southwestern slopes of the Zangezur Mountains.

This is one of the earliest large cities of Azerbaijan and the ancient East. The history of the city dates back to the earliest ages. Archeologists have found objects of material culture dated to the 2nd-1st millennia BC.

Nakhchivan is a homeland of the 12th century's great architect - Adzhemi Ibn Abubekr Nakhchivani, who built the Mausoleum of Yusuph Ibn Kuseir (Gumbez Atababa), the Mausoleum of Momine-Khatun and a portal with minarets for the Juma Mosque It is generally believed that with the Mausoleum of Momine-Khatun Adzhemi painted a picture of its era. It is not a coincidence that the mausoleum is decorated with an inscription "We perish but the world stays; we die but the memory remains". Geometric and epigraphic patterns decorating the mausoleum are made with utter precision. They resemble a shining turquoise - the most popular gemstone in the East.

His son, Muhammed Nakhchivani was a renowned finance statesman, who wrote a book on taxation (13th-14th centuries). The list of famous figures of Azerbaijan born in Nakhchivan also includes Kelbali Khan Nakhchivani and his son Gusein Khan Nakhchivani, a renowned military commander; Dzhamshid Nakhchivani - a prominent figure of the 20th century; Dzhalil Mammadguluzade, a classic, Hussein Javid, a romanticist poet and playwright who became a victim of Stalin's repression, painter Behruz Kengerli.