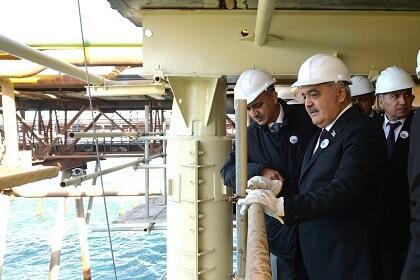 On November 6, SOCAR President Rovnag Abdullayev and company executives visited the world's first open sea platform on the eve of the 70th anniversary of the Oil Rocks.

Representatives of the company took part in the opening of the newly rebuilt helicopter platform at Oil Rocks, commemorating the people involved in the construction of the first oil well in the open sea, the monument to national leader Heydar Aliyev.

In November 1957, he laid flowers at the commemorative complexes of the oil workers who died in the oil spill and the martyrs who sacrificed their lives for the territorial integrity of Azerbaijan and inspected the Heydar Aliyev Museum, the reconstructed stadium, the gym and the culture house.