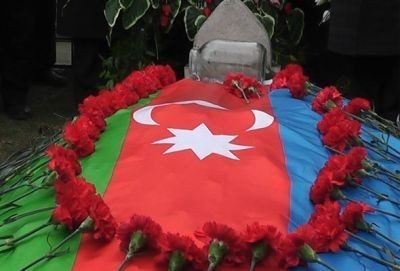 Azerbaijani soldier Natig Tahirli, 19, who was killed on May 17 as Armenian armed forces violated the ceasefire, was laid to rest in his hometown Lerik.

The funeral was attended by head of the Lerik district executive authority, high-ranking law enforcement forces, representatives of the State Service for Mobilization and Conscription and the Defense Ministry and locals.

At the funeral, it was said that martyr Natig Tahirli sacrificed his life for the motherland and will live in hearts for ever.

Then the martyr’s uncle Kamil Tahirov said that he is proud of his nephew who heroically died during the prevention of Armenian provocation.