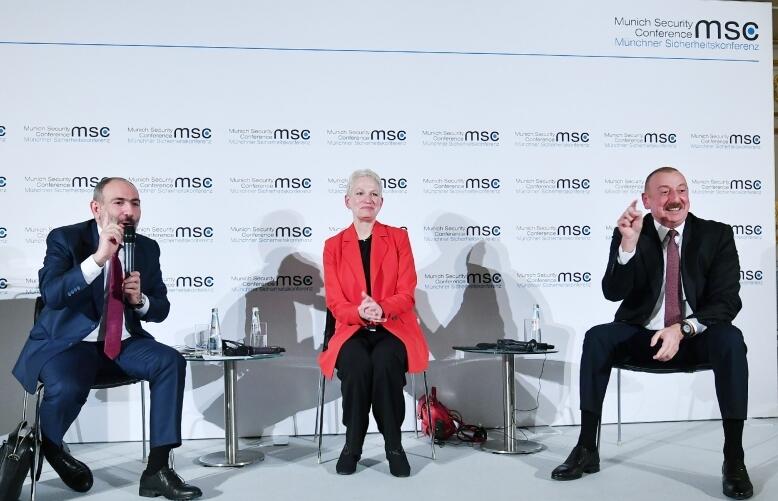 Axar.az informs that, Pashinyan said there were two states in the region at the time of Tigran - Armenia and Georgia.

Ilham Aliyev approached him with an ironic attitude and smiled.