Azerbaijani MPs to protest against the resolution 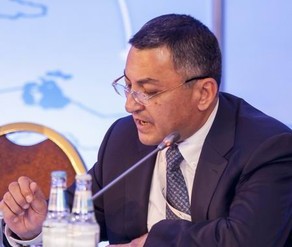 "In addition to being wrong approach, adoption of the resolution on recognition of so-called 'Armenian genocide' at German parliament is not based on justice or historical facts".

According to the news of Report, Rovshan Rzayev, Head of the Working Group on Azerbaijan-Germany inter-parliamentary relations said these words.

He said that adoption of such a resolution by Bundestag is regrettable: "On the other hand, this decision doesn't have any effective power".

R.Rzayev added that currently there are many problems in the world: "But no one pays attention to the problems, concerning the world. Currently, 20% of Azerbaijani territories are under occupation of Armenia, Khojaly genocide has been committed against our people. Consideration of such a matter without solving all these above problems is not a fair stand".

As for impact of the resolution of Bundestag on Azerbaijan-Germany inter-parliamentary relations, head of the working group said that Azerbaijani MPs are against this resolution and will protest the document.