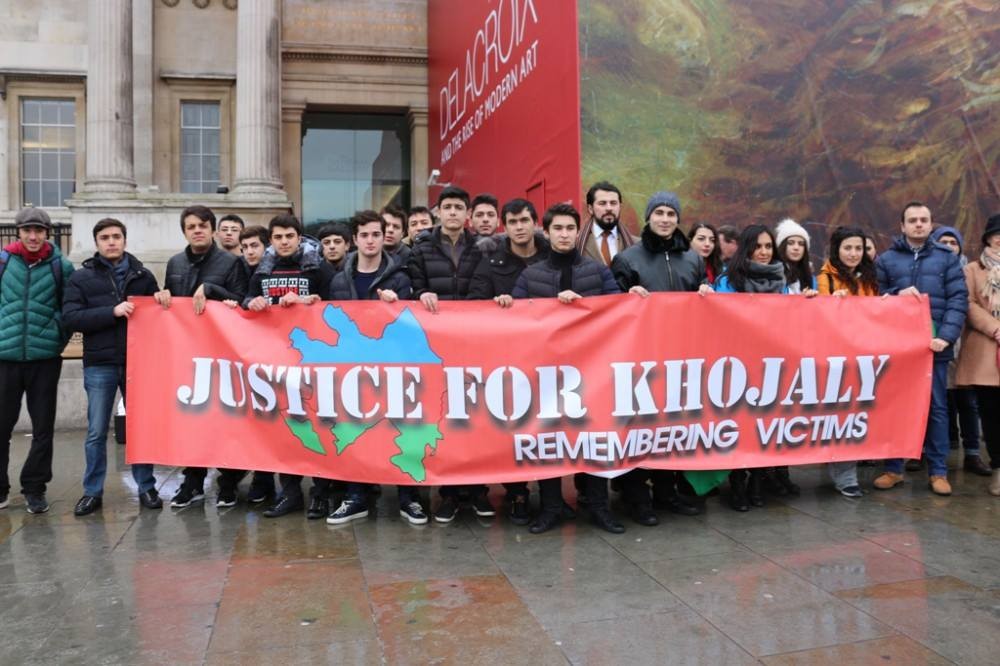 Azerbaijan Britain Students Network has organized a march in London to commemorate the 24th anniversary of Khojaly Genocide, which was committed by Armenia’s armed forces against the Azerbaijani civilians in 1992.

It started on Trafalgar Square in front of the National Gallery, and continued on Old Palace Yard, opposite the Houses of Parliament. The march involved Azerbaijani and foreign students studying at British universities.

Aimed at ensuring that Azerbaijan`s voice of protest resonate throughout the Parliament Square, the UK and the rest of the world, the annual London Khojaly March has seen great success over the years.