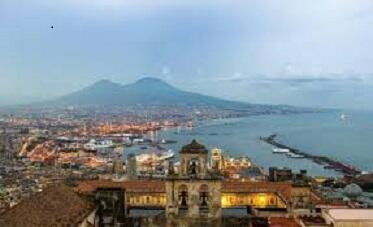 The Liverpool municipality of Naples, Italy, has adopted a document condemning the Khojaly genocide and showing solidarity with the Azerbaijani people.

Axar.az reports that according to the Azerbaijani embassy in Italy, in the preamble of the document, the Livery municipality stated that in November 2020, "UN Security Council Resolutions 822, 853, 874 and 884 on the Armenian-Azerbaijani Nagorno-Karabakh conflict must be implemented immediately."

It is recalled that a document was sent to the Italian government condemning Armenia's aggressive and aggressive policy against Azerbaijan and the immediate implementation of relevant UN Security Council and General Assembly resolutions.

According to Human Rights Watch, the Khojaly genocide was "the largest and most horrific massacre" in the Armenian-Azerbaijani Nagorno-Karabakh conflict, and the European Court of Human Rights ruled that the genocide against civilian Azerbaijanis in Khojaly was a war crime or a crime against humanity.

It is noted that The document expresses solidarity with the people of Azerbaijan in connection with the Khojaly genocide committed on February 25-26, 1992.

The document calls for the recognition of the Khojaly genocide, a crime against humanity, by the relevant Italian authorities.