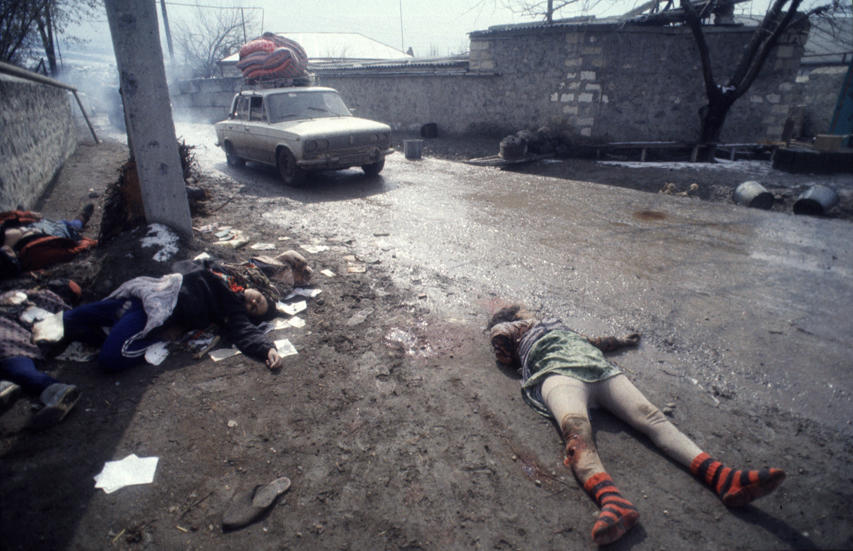 The influential Japanese portal fnn.jp has published an article on the genocide committed by Armenian militants in the Azerbaijani city of Khojaly 29 years ago.

Axar.az reports that the article, prepared by the head of the portal's Istanbul bureau, provides information about the visit of a Japanese journalist to the liberated territories of Azerbaijan. The journalist, who visited Nagorno-Karabakh, also noted that they were near the city of Khojaly. He says that 29 years ago, a genocide was committed against the civilian population in the city of Khojaly.

Emphasizing that the massacre committed by Armenian militants against unarmed Azerbaijanis was a massacre, the article said that 613 people were killed, most of them women and children. A mother who witnessed the tragedy reportedly lost her 8-year-old daughter while crossing the mountains in frosty weather and buried her near a mosque in a neighboring city. The mother's words are quoted:

"At that time, I grabbed my 8-year-old daughter's hand and ran away. I tried to cover my body with my body as the attack began. No matter how hard I tried to protect him from bullets, I couldn't. I lost my daughter forever."

The article also provides detailed information about the Patriotic War in the fall of 2020. It is noted that as a result of the war, which lasted only 44 days, Azerbaijan completely liberated the occupied territories. This allowed those territories to be restored and people to return to their ancestral lands.